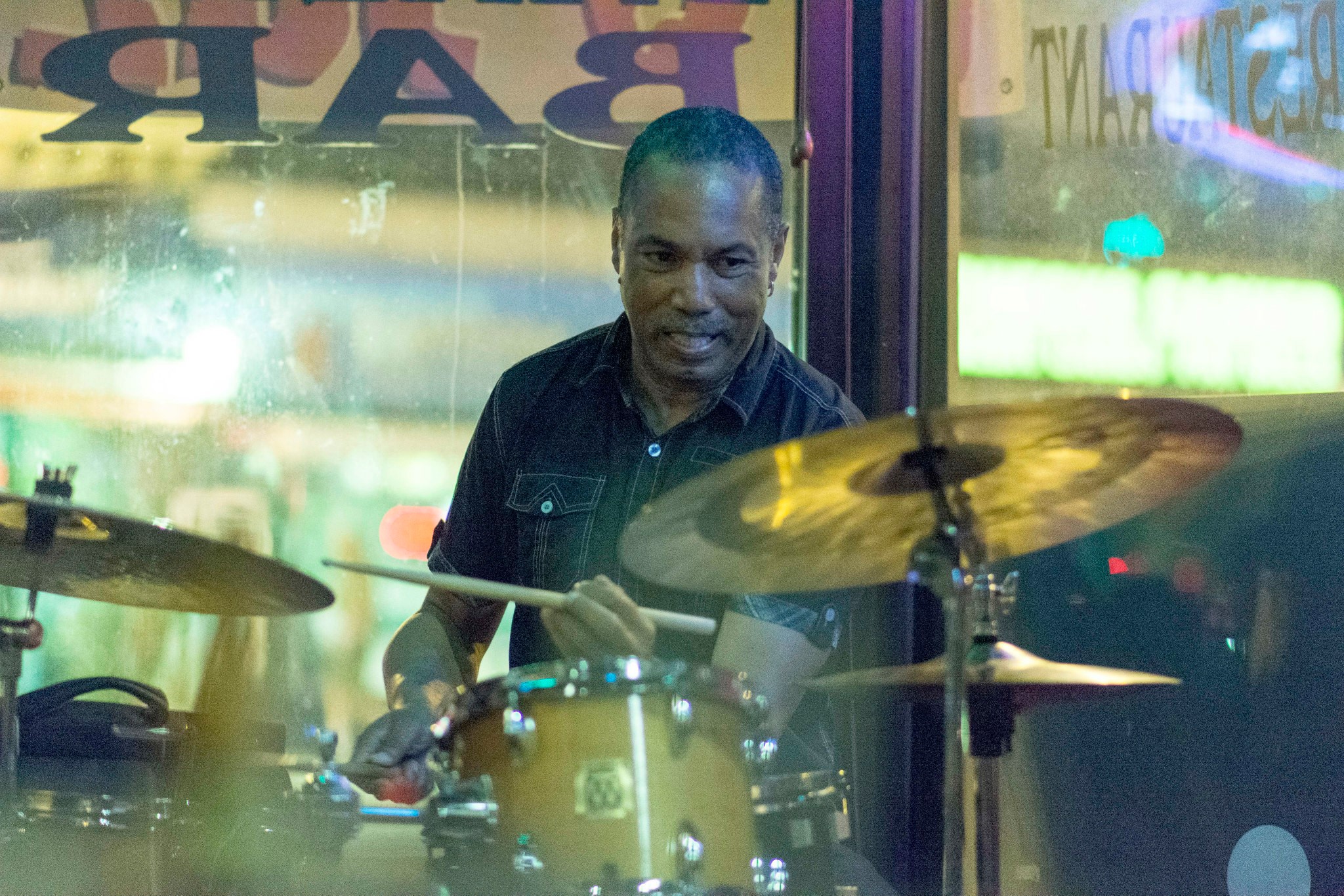 Please join the DC Jazz Jam this weekend as Monthly Master jazz artist Lenny Robinson returns on drums for a special Fifth Sunday jam.  Lenny has hosted the jam before, and also served as the heartbeat of our all-star house band for anniversary jam sessions.  Among other accolades, the Washington CityPaper has named Lenny “Best Drummer” in its annual “Jazzies” awards.

Come join Lenny and the rest of our special Fifth Sunday house band — including guitarist Adam Fluger, bassist Ed Hrybyk, and keyboardist Chris Stiles joining the house band for the first time.  No cover!  6:30pm-9:30pm @ The Brixton (901 U Street NW).

**Also save the dates for these upcoming special guests**

Come to the Session!